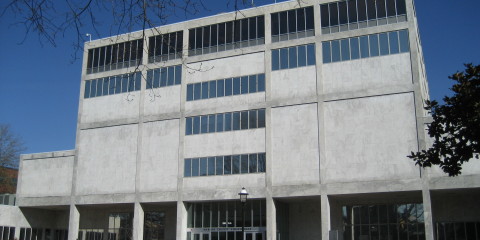 Marion County is a county located in the U.S. state of Oregon. The population was 315,335 at the 2010 census, making it the fifth-most populous county in Oregon. The county seat is Salem, the state capital. The county was originally named the Champooick District, after Champoeg (earlier Champooick), a meeting place on the Willamette River. On September 3, 1849, the territorial legislature renamed it in honor of Francis Marion, a Continental Army general from South Carolina who served in the American Revolutionary War.
Marion County, then called Champoick, was created in 1843 by the Provisional Government Legislative Committee 16 years before Oregon gained statehood on February 14, 1859. In 1849 the name was changed to Marion honoring American Revolutionary General Francis Marion.
The county is located in the heart of the Willamette Valley, and the Willamette River was established as its western boundary in 1856. Salem, the county seat and the state capital, is one of the valley’s oldest cities. Among its public buildings are the Courthouse, Courthouse Square, State Capitol, Capitol Mall buildings and Salem Civic Center. The county was presided over by the Marion County Court until January 1, 1963, when the court was abolished and replaced by a Board of Commissioners.
Points of interest for Marion County are State Capitol, Champoeg State Park, Silver Falls State Park, The Oregon Garden, Wheatland Ferry, Buena Vista Ferry, Detroit Dam and Santiam River, Breitenbush Hot Springs, Mt. Angel Abbey, food processing plants, Willamette University, Chemeketa Community College, Mission Mill Museum Village, Bush House, Deepwood House and the Gilbert House Children’s Museum 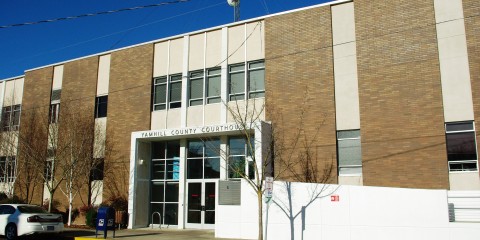 Yamhill County is a county located in the U.S. state of Oregon. As of the 2010 census, the population was 99,193. The county seat is McMinnville. According to Oregon Geographic Names, the origin of the name is uncertain, but is probably from an explorer’s name for a local Native American tribe, the Yamhill, who are part of the North Kalapuyan family.

Yamhill County was created in 1843 as one of Oregon’s original four districts. Its present boundaries were established in 1860. The county was named after the Yamhelas, members of the Kalapuya Tribe, who lived along the Yamhill River in the western Willamette Valley.

Today, agriculture is still the county’s primary industry. Nursery and greenhouse crops; fruits, nuts, berries; and hay, silage, field and grass seeds are major agricultural products. Yamhill County ranks sixth out of Oregon’s 36 counties in annual market value of its agricultural production. Yamhill County is also the heart of Oregon’s wine industry. Thirty-six wineries represent the largest concentration of wineries in any county and produce the greatest number of award-winning wines in the state. A third of the county is covered with commercial timber. The mainstay of the western valley area is logging and timber products. Non-seasonal industries include a steel rolling mill, electronic and dental equipment manufacturing, an international airline and helicopter company, and a newsprint mill. 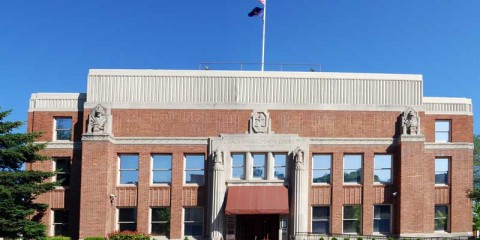 Clackamas County is a county located in the U.S. state of Oregon. As of the 2010 census, the population was 375,992, making it the third-most populous county in Oregon. Its county seat is Oregon City. The county was named after the Native Americans living in the area, the Clackamas Indians, who were part of the Chinookan people. The historic town of Oregon City is located in Clackamas County, a region also known as Oregon’s Mt. Hood Territory. It’s a short drive away from some of the best recreation in the country. Oregon City, the first incorporated city west of the Rocky Mountains, marks the end of the Oregon Trail. From the 11,245-foot peak of its most recognized landmark, majestic Mount Hood, to the fertile Willamette Valley agritourism farms where homegrown specialties include tulips, berries, Christmas trees and wines, Oregon’s Mt. Hood Territory is ripe with activities to be explored. Area offerings include historic tales stretching back to Pioneer days along the Oregon Trail and the Barlow Road, an abundance of festivals and events, diverse lodging and tax-free shopping. Year-round recreation for all skill levels stretches from the mountain (skiing, snowboarding and snowshoeing) to our rivers and lakes (whitewater rafting, kayaking, fishing and swimming) our trails (mountain biking, hiking, climbing and horseback riding) and other activities such as golfing and camping. 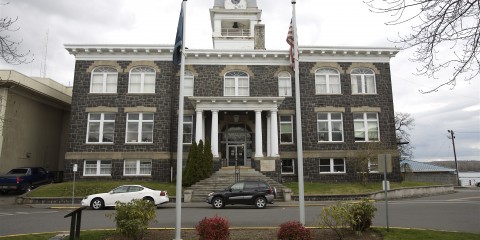 Columbia County is a county located in the U.S. state of Oregon. As of the 2010 census, the population was 49,351. The county seat is St. Helens. It was named for the Columbia River, which forms its eastern and northern borders. Columbia County is bordered on the east by the Columbia River, on the south by Multnomah County and Washington County, and on the west by Clatsop County. The southern County line is approximately 30 minutes from Portland, the largest metropolitan area in Oregon. The western County line is approximately 30 minutes from the Pacific coast. The County’s northern and eastern boundaries are outlined by 62 miles of Columbia River shoreline. Columbia County enjoys the longest stretch of the Columbia River in the State of Oregon. The Columbia River is a major route of ocean-going vessels and is a popular fishing ground, as well as a popular boating and windsurfing river. Facts regarding the early history of Columbia County are few. It is known that a New England trading vessel, the Columbia Rediviva, commanded by Captain Robert Gray arrived in the summer of 1792 with the first Euro-Americans to see the County’s timbered shoreline. In 1805, the explorers Lewis and Clark traveled and camped along the County’s Columbia River shoreline. Carved out of Washington County in 1854, its past was tied to commercial fishing, water transportation and lumber. Industrialization has accelerated in recent years but timber, dairy and horticulture remain important. Natural gas fields have been identified and are producing. The County offers the only two marine parks in Oregon: Sand Island on the Columbia River and J.J. Collins Memorial Marine Park on the Multnomah Channel. 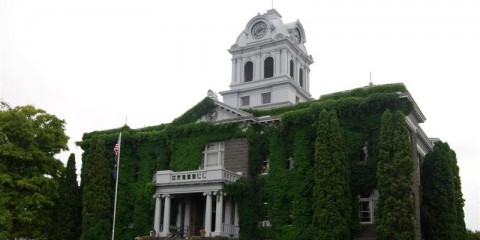 Crook County is a county located in the U.S. state of Oregon. As of the 2010 census, the population was 20,978. The county seat is Prineville. The county is named after George Crook, a U.S. Army officer who served in the American Civil War and various Indian Wars.

Crook County is located in the center of the state, approximately three hours from Portland, Salem, Corvallis and Eugene. Bend, the largest city in central Oregon, is approximately 40 minutes away.

Geographically Crook County, with a population of approximately 26,845, is Oregon’s most centrally located county. Founded in 1882, the county seat, Prineville, has a population of 10,370. It is the only incorporated population center within Crook County. Powell Butte, Post and Paulina are the other communities found within the County.

Livestock, forest products, recreation, agriculture, manufacturing and wholesale trade comprise the major industries found within the county. Covering approximately 2,991 square miles, Crook County is rich in forests, rangelands and irrigated agricultural fields. The elevation of Prineville is 2,868 feet and receives an averages of 10.5 inches of moisture per year. Nights are cool and daytime temperatures are moderate. Average temperature in January is 31.8 degrees; in July it is 64.5 degrees. 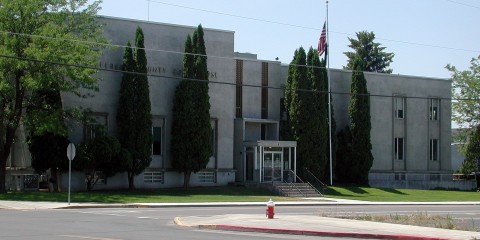 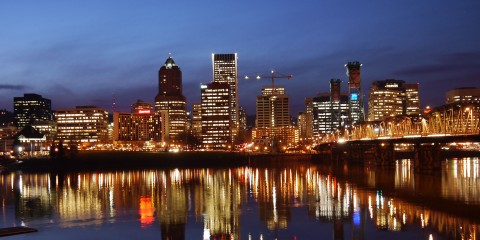 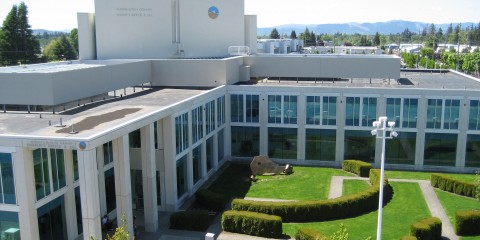 Washington County is one of 36 counties in the U.S. state of Oregon. As of the 2010 census, the population was 529,710, making it the second most populous county in the state. The county seat and largest city is Hillsboro.

Originally named Twality when created in 1843, the territorial legislature renamed it for the first president of the United States, George Washington, in 1849. The original boundaries included the entire northwest corner of Oregon before sections became new counties. The Tualatin River and its drainage basin are almost entirely within the county, with the county nearly coterminous with the Tualatin Valley. It is bordered on the west and north by the Northern Oregon Coast Range, on the south by the Chehalem Mountains, and on the north and east by the Tualatin Mountains (or West Hills).

Explore the scenic beauty of the area along the 60-mile Vineyard and Valley Scenic Tour Route, which winds through agricultural lands and bucolic communities, showcasing Pacific Northwest wineries, vineyards and farms. Ride the Tualatin Valley Scenic Bikeway for a 50-mile tour through Washington County’s rural communities and lush forests.